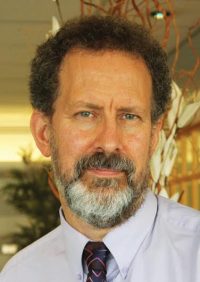 “Unity is a fact of nature” so we are told in core theosophical teaching. In the human realm, this manifests as the ideal of universal brotherhood, where every man is my brother and every woman is my sister. In view of recent disturbing terrorist atrocities, one might question how such a brotherhood is ever possible. It might be helpful to take to the heart the observation by the famous Russian writer Alexander Solzhenitsyn that ‘as long as man is at war with himself, there will not be peace in the world’.

Atlantis: The Greatest Riddle of Mankind?

There have been perhaps more books, in the realm of Esotericism, written on Atlantis than any other subject, with the possible exception of ancient Egypt. Some claim that it was an island, others speculate that it occupied a continent. And one view is that Atlantis was an entire global landmass. More to the point, we were all there and probably spent several lifetimes in the Atlantean world, which occupied a very long time-span. This talk examines many of the theories concerning the rise and fall of Atlantis and what lessons it holds for our future incarnations.

Do we have just one earthly life, or do we return . . . time and again? Even in the last 25 years an increasing number in the western world have come around to the view that this is not our only life. For millennia, mystics, artists and scientists and some of the greatest thinkers have accepted reincarnation as a central tenet of human existence. If as some suggest that justice rules the universe, rebirth is the only logical explanation for dealing with apparent inequalities: why some are wealthy and others are poor, while others have good health and yet others are dealt are a rotten set of ‘health’ cards. Our speaker examines what the Ageless Wisdom has to say on the subject.

Does our life end at death . . . or is this just a beginning – where one moves from this largely illusory material world to a place of greater reality? A study of the ‘constitution of man’ as he is in life is a necessary preliminary to the understanding of death and the process of dying. In particular, a study of man as a ‘three-fold’, is directly relevant. The term ‘soul’ designates the thinking-feeling self of everyday experience, housed in the physical body, and is mortal like that body. This is the personality. Spirit alone, described as a spark or ray of the Divine Life, is immortal, the enduring individuality. This talk outlines the various post-mortem states contained in the theosophical ‘teaching’ before the return of the ‘individual’ to a new physical incarnation.

Even if she never wrote a word – on spiritual or other topics – the life of Helena Petrovna Blavatsky makes for truly fascinating reading and deserves a full-length motion picture film. A natural psychic from an early age growing up in Russia, HPB travelled widely throughout Europe, Asia and the Americas – sometimes on horseback. A professional concert pianist, she also had various entrepreneurial skills – a one point owning an ink factory and selling lumber. Her life changed forever when investigating spiritualist phenomena in Vermont, she met Henry Steel Olcott and together along with William Quan Judge they became principal founders of the modern Theosophical movement in 1975. This talk looks at the life of Blavatsky and summarizes the main tenets of the Ageless Wisdom encapsulated in her major works.

Long before becoming founding President of the Theosophical Society in 1975, Olcott had gained international acclaim for his work in agriculture and was awarded two medals of honour. A reporter for the New York Tribune, he was present at the hanging of John Brown in 1859 and for a while fought for the Northern Army in the Civil War. Between 1868 and 1878 he practised law – specializing in customs, revenue and insurance cases. Interested in Spiritualism from the age of 19, he reported the psychic phenomena in Vermont in 1874 for the New York Sun and New York Graphic. It was here that he met his future spiritual compatriot H. P. Blavatsky. As President of the T.S., he championed in India, Ceylon, Japan and other oriental countries the revival of Hinduism, Buddhism, Zoroastrianism, Islam and other faiths. He stimulated the Sanskrit revival. A mesmeric healer in one year he treated 6,000 cripples, deaf, dumb, blind and insane with phenomenal success. Olcott lectured and travelled for the T.S. many thousands of miles yearly by land and sea. He is best remembered for his Buddhist Catechism which has been translated into 20 languages and Old Diary Leaves – a six volume history of the Theosophical Society.

Described as a ‘Diamond Soul’ for her many brilliant facets, Annie Besant was Second International President of the Theosophical Society from 1907 – 1933. During her tenure, the Society attained its highest ever membership of about 40,000. She was a champion of human freedom, educationist, philanthropist, and author with more than three hundred books and pamphlets to her credit. Prior to joining the Theosophical Society, she was a member of the National Secular Society and was prominent in the Labour and Socialist movements, and took an active part in Trade Union work among unskilled labourers. Her life changed forever in 1889, upon meeting H. P. Blavatsky whose magnum opus, The Secret Doctrine, she had been commissioned to review. Besant soon became the most brilliant exponent of Theosophy, both as orator and author. Explanations of the many enigmas of life and the universe were presented in her outstanding books such as A Study in Consciousness, and Esoteric Christianity, the latter which has helped to revive true knowledge of Christianity.