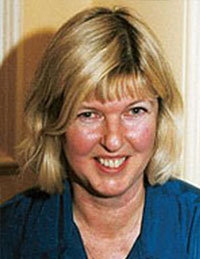 The Search for Divine Wisdom

An exploration of the path leading to Divine Wisdom or Theosophy/Theosophia meaning ‘the Wisdom of the Gods’. Where have we come from, who or what are the teachers and divine beings who have appeared throughout this and previous ages to guide humanity in that search, and where might we be going? (Talk given at Summer School 2016)

The Life of H. P. Blavatsky

“The greatest Occultist in the history of Western civilisation, a direct agent of the Trans-Himalayan Brotherhood of Adepts.”

An introduction to the life and work of H.P. Blavatsky, the main founder of the modern Theosophical movement, and to her teachers – the Adepts, often referred to as the Masters of the Wisdom.

Occult philosophy says “Everything in the Universe, throughout all its kingdoms, is conscious: i.e., endowed with a consciousness of its own kind and on its own plane of perception.” How is this relevant to us, to how we see and interact with the world – and the Universe – around us?

Who are we? We’re one person, but when we meditate we are different from when we are working or being intellectual. Theosophy teaches us that we have two distinct natures – the upper spiritual and the lower physical, split into seven levels. This talk looks at these various aspects and how they relate to our auras, chakras and the different organs of our bodies.

Dragons, megaliths and pyramids: The Secret Doctrine and the Egyptian link

A look at dragon traditions and their connection with megaliths and stone circles in the directing of the earth’s energies…. and who were the ancient priest Initiates who walked up from Egypt to teach about the building of these things, as described in The Secret Doctrine?

The dragon has a powerful history connected with spiritual mysteries, much greater than just being the personification of evil used by the Christian Church. In this illustrated talk we will explore the use of the dragon as an ancient symbol for primordial Light, Life and Wisdom, for Initiates, and also trace its use through into folklore, earth mysteries, Arthurian legend and alchemy.

An exploration of the subject of angels and the Hierarchies, taken mainly from the works of H.P. Blavatsky and the Masters of the Wisdom, and ranging from the archangels and top Architects of the Universe, through aspects such as the builders and guardian angels, down to nature spirits and elementals, including the beautiful paintings of them from Geoffrey Hodson’s book Kingdom of the Gods (1920) and others.

Theosophy and the Wisdom teachings greatly influenced modern art and design during the first third of the 20th century through the work of Kandinsky, Mondrian and the Bauhaus art school.