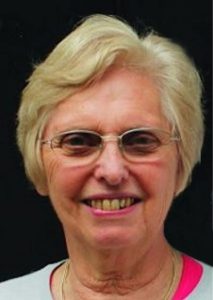 Yoga is an ancient spiritual tradition originating in Northern India more than 5000 years ago. Its philosophy and psychology have stood the test of time and spread worldwide. This talk compares the dualistic Classical yoga philosophy with the non- dualistic Vedantic philosophy.

Raja yoga – a path to truth

Raja (Royal) yoga is the system of Classical yoga as defined by the sage Patanjali. This talk explains his dualistic philosophy and outlines his Eight Limbs of Yoga which lead the practitioner from avidya (ignorance) to the knowledge of the true Self.

The Inspiration of the Soul

The Origins and Development of Eastern Mysticism

Mysticism is the doctrine of the mystics who seek direct communion with the Divine. It is the contemplation of the essential mysteries of life and the study of spiritual experiences. Although mysticism is not a religion it has strong connections with faiths. This talk will explore mysticism from its Shamanic origins through Hinduism, Taoism, Buddhism and Zen and show how these religions have produced some amazing mystics through the ages.

The Origins and Development of Western Mysticism

Mysticism is the study of spiritual experiences and the doctrine of the mystic who seeks direct communion with the Divine. This talk traces the origin and development of Western mysticism from the Schools of Ancient Egypt and Greece, through early Jewish and Christian Mystics and the influence of Neo-Platonism to the English Mystical poets of the 18th and 19th Centuries.

This talk looks at the definition of the word meditation and the benefits achieved by meditating. It also examines the qualities required for successful meditation and some of the obstacles encountered as we begin what could be a life-changing practice. This talk also explains some of the different meditative techniques.

The Mystery of Mudras and Mantras

Mudras (gestures) and Mantras (sacred sounds) have been part of Yogic Spiritual practices for hundreds of years. They also play important roles in many religious rituals throughout the world. This talk traces the source of both Mudras and Mantras and examines the magical affects they have on the practitioner in his or her quest to find a deeper meaning to life.

The Bhagavad Gita – unity and harmony

The Bhagavad Gita forms part of the Indian Epic, The Mahabharata. It is revered by Hindus and is an inspiration to many people all over the world. This talk outlines the story told in the Gita and explains the three forms of Yoga, Gnana, Bhakti and Karma which when combined form the best path a spiritual seeker can follow.

The teachings of The Upanishads

The Upanishads were written about four thousand years ago. They form the Vedanta, the ends of the ancient books known as the Vedas. This talk describes how they came to be written and uses extracts from the principle Upanishads to explain their philosophy.

Self-realisation through Yoga and Theosophy

Both Yoga and Theosophy are ancient traditions with many similarities. This talk examines the various yogic ways to self-realisation through devotion, good deeds and study. We will also look at some of the Theosophical teachings given to us from the Masters through Madam Blavatsky.

The Yogic Ways to Self-Realisation

This short talk traces the development and history of Yogic traditions from their Shamanic roots to the present day. We look briefly at the ancient sacred texts of India and see how man’s search for wisdom has continued throughout the ages.

Life is action and Karma Yoga is the yoga of action. Karma Yoga is about freedom in action and the transcendence of egoic motivations. This talk includes duty, service to others and altruism, the true meaning of Theosophy.

Irena Tweedie and her Sufi Masters.

In October 1961 Irena Tweedie met her Guru for the first time. He told her to keep a diary of her experiences which later formed the basis of her book “ The Chasm of Fire” This talk describes Irena’s struggles on the path to enlightenment.

The Crest Jewel of Wisdom

The Crest Jewel of Wisdom is the English translation of the Sanskrit words Viveka Chudamani, an ancient text on a par with The Bhagawad Gita. It is set out in the form of a Guru teaching his disciple the path to enlightenment by training the mind and by learning to discriminate between the Real and the unreal. The key words are discrimination, devotion, dedication and discipline.