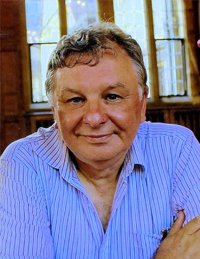 Alchemy and the Heart: Sufi path to Enlightenment

The Sufi Path consists of devotion to ‘God’ or the Divine often expressed beautifully in the poetry of Rumi, Hafiz and others and in poetic works such as “The Secret RoseGarden” and “Conference of the Birds” . This talk explores the beauty of this Path and the ‘mystery’ that lies at its ‘end’.

The Theosophical Masters declared themselves to be followers of Gautama Buddha and the Maha Chohan stated that even exoteric Buddhism was the surest path to lead us to the one esoteric truth. HP Blavatsky and Colonel Olcott took Pansil in Sri Lanka in 1880 and so become Buddhists. This talk explores the relationship between the Buddha, Buddhism and Theosophy.

Love your enemies – Message from the Sermon on the Mount

The Sermon on the Mount gives us guidelines for living a peaceful and compassionate life, yet Western society in general prefers the old mosaic “eye for an eye” philosophy that Jesus rejected and attempted to reform. In this talk we will be looking into the Sermon and its implications for life in the 21st Century.

Spiritual Regene – The Way of Light

“Will creates intelligently – desire blindly and unconsciously. The man, therefore, makes himself in the image of his desires, unless he creates himself in the likeness of the Divine, through his will, the child of the light. “ In this talk we will explore how we can “like a phoenix rising from the flames” restore our True Nature and grow into the Light by exercising our Spiritual Will.

There is no Higher Religion than Truth

“Men and parties, sects and schools are but the mere ephemera of the world’s day. TRUTH, high-seated upon its rock of adamant, is alone eternal and supreme.” HP Blavatsky made this statement in “Isis Unveiled”. True Religion is a bond uniting all living things. If this is so why is there so much strife between the worlds great Religions and even within the various Religions themselves? This talk will attempt to discover what true Religion consists of and what is needed to live a truly Religious or Spiritual life.

The Art of Peace and the Science of Living

Sadly the word ‘peace’ is bandied about rather too much nowadays- TV advertisements for life insurance promise us ‘peace of mind’ if we sign on the dotted line and politicians talk about bringing peace to troubled places in a rather dry manner. Some even say that wars are essential to keep down the surplus population. Not many have an even approximate idea of what the word peace really conveys in a Spiritual sense-this is because the majority of people do not comprehend what Spirituality really is. In this talk we are going deep into the world of peace and silence to discover the real meaning.

The Essence of Spiritual Meditiation

Theosophy teaches that meditation is the ‘inexpressible yearning of the inner man to go out towards the infinite’. There are countless methods of meditation with varying motives and aspirations. In this talk we will look into the highest essence of meditation as expressed in writings such as the “Bhagavad Gita” and the “Tao Te Ching”.

As the world around and within us becomes increasingly complicated we drift further and further away from nature and the simplicity of the Spiritual Life. Consequently our relationships with our fellow human beings and the natural world become strained and in many ways unfulfilled. This talk just gives a few hints as to how we may repair some of this damage and find a way to recover the innocence of our True Nature and live in its Light and take a step towards living as truly Spiritual Beings.

Open Your Own Treasure House

We constantly look outside ourselves to find what we always have inside our very hearts- in this talk we look at how we can find this Treasure and make use of it in our day to day lives -the teachings of Theosophy and other traditions are used as evidence that all the great World Teachers, including H. P. Blavatsky placed emphasis on looking Within to seek the Truth.

Inwardly we are Immortal Beings; but we have forgotten, as our thoughts became overlaid with the illusions of our transient nature. This talk touches on the twin laws of reincarnation and karma, but tries to give pointers as to how we can regain awareness of our Immortality.

We are all Grail Knights

This talk looks into stories relating to the Holy Grail in its many forms physical, mental and spiritual and also at comparative tales in other cultures and traditions. It also explores the symbolic meanings of the Grail Quest and the Knights involved in stories. But mainly it deals with the Grail as a Spiritual Quest and our own life’s journey to find the “Truth” overcoming many obstacles and fighting our own ‘dragons’, developing the required qualities on the way and eventually becoming recipient of the Grails most sacred treasure…..

An Appeal to the Higher Self

William Q Judge wrote that “Remember that the greatest and truest friend is the Higher Self” TheBhagavad Gita informs us that it is “the lord, the asylum, the resting place and the friend”. Based on a quotation from Shankaracharya’s Crest Jewel of Wisdom, this talk explores how we can make befriend the Higher Self and accept its guidance and inspiration

Brotherhood as a Living Reality in Daily Life

There is much talk nowadays about “Brotherhood” but it is mainly of a political or social nature. True Brotherhood arises from Soul Solidarity and the dissolving of the sense of Separateness that keeps us apart from our fellow human beings. Spiritual ideas of Brotherhood are based upon the essential Oneness of ALL living things and the fact that not a thought or action can be done without affecting others. This talk looks at ways we can try to activate True Brotherhood in our day to day lives.

Poetry of the Spirit

Poetry is one of the most effective ways to communicate spiritual ideas: the Bhagavad Gita, Voice of the Silence, Buddhist Sutras and Hindu scriptures are all written in poetic form. As well as these there are countless poets in all traditions who touch the heart with the beauty of their words.

In the Temple of the Muse

Looking at various manifestations of the Muse from the most material to the purely Spiritual and how we may bring this inspiration into our lives to enrich our individual and collective Quest.

The Jain sage Mahavira was said to have never used words to teach his disciples but his whole being gave off a Divya Dhvani (Divine Sound). His followers wrote down what this Divine Sound conveyed to them. We can relate this “Sound” to the “Voice of the Silence” and this talk explores the fascinating subject of teachings that transcend words or images.

What is True Theosophy?

There is much confusion as to what the core teachings of Theosophy are. Using ideas from HP Blavatsky’s article of the same name and other sources hopefully this talk may give some pointers.

Jainism precedes Buddhism by several centuries and it is even claimed that Gautama Buddha was a disciple of one of their Tirtankaras (or saints). It is a religion based upon compassion and love. This talk looks at some Theosophical views of Jainism as well as some of its basic teachings.

Theosophy as a Living Reality in Daily Life

Theosophy has no real meaning until it is integrated into our daily lives. It must become part of our inner landscape and help us to relate to others effectively and with compassion. This talk gives guidelines as to how this may be achieved.

Bodhidharma and the Esoteric Schools

HPB tells us that the word Bodhidharma means “Wisdom Religion” and is therefore identical in meaning to Theosophy. But it is also the name of great Indian Adept who introduced Chan (Zen) Buddhism into China. Both aspects of this term are explored in this talk with reference to the Esoteric Teachings of Buddhism.

The practical applications of Theosophy are explored in this talk based on the teachings of H. P. Blavatsky.

The Path of the Modern Mystic

The Theosophical Masters tell us that the adept is the “rare efflorescence of a generation of enquirers; and to become one, he must obey the inward impulse of his soul irrespective of the prudential considerations of worldly science or sagacity.” This talk gives a few hints as to how we can at least commence the journey to reach this goal.

This talk explores the Theosophical teachings regarding reincarnation and karma – but also looks at how these twin laws aid us to reach a state of being beyond birth and death and also how a belief in them affects our view of the world and of our fellow creatures.

This Mind is Buddha

This is the basic teaching the Buddhist Adept Bodhidharma and of Zen in general. It also can be related to other mystical, religious and philosophical systems. This talk also looks at Theosophical teachings on the nature of Mind.

Kwan Yin and the Path of Compassion

In China Kwan Yin is the Goddess of Compassion and worshiped as such. In Japan her equivalent is Kannon and in Tibet Avalokiteshvara is the male equivalent. H. P. Blavatsky in the Secret Doctrine equates her with the Divine Voice is us all and proceeds to give an esoteric interpretation. This talk looks into the various aspects of this fascinating subject.